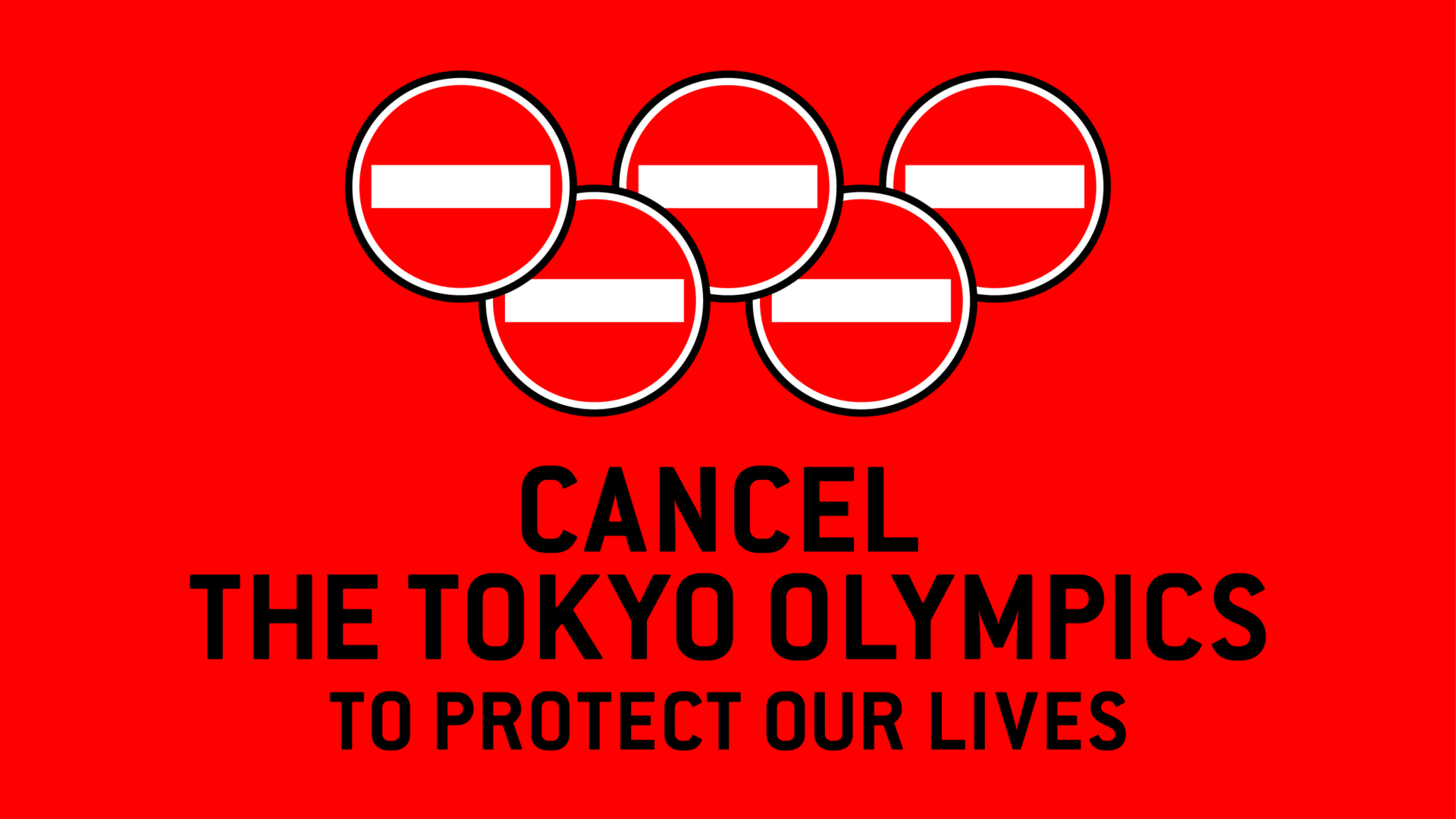 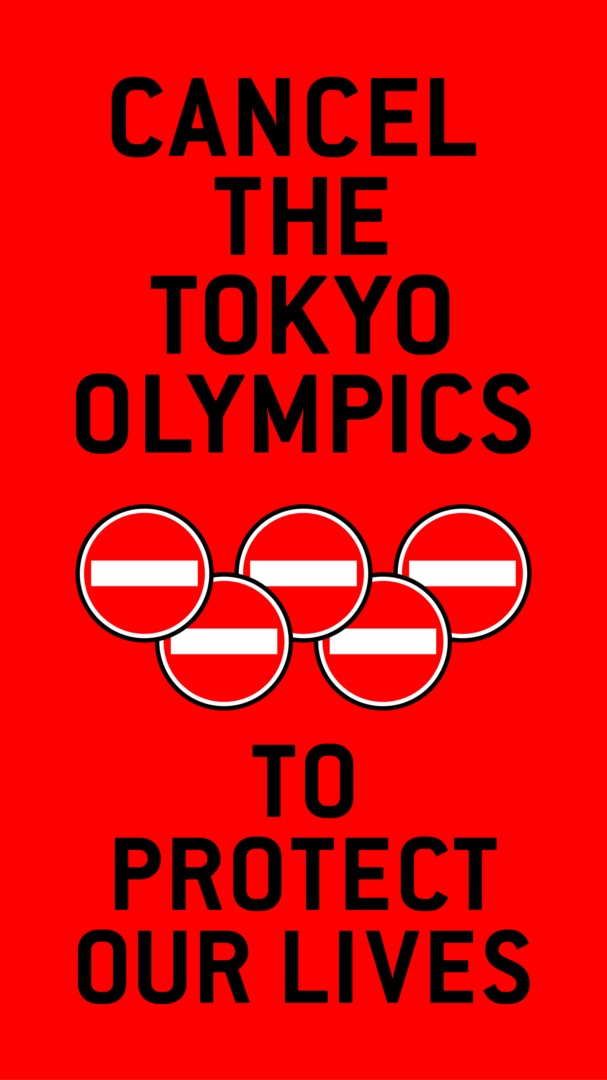 When you sign the petition, you will be asked to make a donation from the petition site Change.org, but please note that it is not a donation to Utsunomiya Kenji in any way. Also, it is counted as a signature even without a donation. If you have registered as a member by mistake, please contact the following.

Endorsers and supporting organisations (in preparation)

“We demand cancellation of the Tokyo Olympic Games in order to protect our lives and well-being.”

The following organizations are currently forcibly pushing to pursue the Tokyo Olympic and Paralympic Games: the International Olympic Committee; International Paralympic Committee; Japanese Government; Tokyo Metropolitan Government; Tokyo Organising Committee of the Olympic and Paralympic Games.
Yet, as numbers show, the widespread outbreak of COVID19 has not at all been under control. While vaccination started at the end of last year, its distribution is limited to economically developed countries and thus the pandemic is far from over.

Is hosting the Olympics worth risking our lives?

With the circumstances that we are under, it is certainly unlikely that the Tokyo Olympics could be held safely. If the games are pursued, the Olympics would be denying their very own purpose of “celebrating peace”. There would be disadvantageous gaps between athletes, with significant differences in their ability to train and prepare for the games. Additionally, restrictive regulations will likely put athletes under extreme stress, hence it would be impossible for them to achieve their best performances.

The Tokyo Olympic Games will not be possible without the help from countless healthcare workers, medical institutions, and valuable medical resources. Multiple medical professionals however, have already informed the public that there is no such room for more medical demands. Though no foreign viewers will be accepted into the country, the games will cause vast movement of people and therefore contact – it is highly possible that holding the Olympics will be a super-spreader and worsen the situation that we are currently in.

The lack of medical resources that Tokyo and the rest of Japan is suffering from should suggest just how much the games will cause danger and fear to healthcare workers, citizens, and participants.

Use the limited resources not to host the Olympics, but to protect our lives.

COVID19 is threatening not only our lives but also our economy. The livelihoods of women, as well as the elderly and youth demographic with temporary jobs, have dramatically worsened in just one year. Currently, many of them are relying on the food and housing provided by non-government organizations. Instead of providing these vulnerable individuals with assistance, the Japanese Government and the Tokyo Metropolitan Government continue to use their budget to pay additional costs for the Olympics. (The total additional cost is calculated at 300 billion yen, approximately 2.7 billion US dollars.)

If the fundamental principle of the government is to protect the citizens’ lives and well-being, the government must declare the cancellation of the Olympic Games as soon as possible, and instead use the limited resources to protect the struggling lives affected by the pandemic.
Listen to the voices coming from Japan and across the world to cancel the games.
Both domestic and foreign polls show just how many people are asking to either cancel or postpone the Olympics. Countless Japanese and international media outlets, politicians, and athletes also argue that the games should not be held.

It is disconcerting that it is taking this long for both the Japanese Government and the Tokyo Metropolitan Government to declare its cancellation, but it is not too late to do so. We strongly ask for the cancellation of the Tokyo Olympic and Paralympic Games this summer. In order to prevent further infections and protect our lives, we must fully utilize the resources that will thereby become available.

Born in Ehime Prefecture in 1946, he left the Faculty of Law at the University of Tokyo in 1969, entered the Legal Training and Research Institute, and was admitted to the Tokyo Bar Association in 1971. As a lawyer, Utsunomiya has been working on the problem of credit card debt from early on, and has helped many people suffering from multiple debts. As a representative of the Anti-Poverty Network, he is also involved in the movement to solve the problem of poverty.

Until the Tokyo Olympics Start